Finally! This year the Annual Meeting of IUCAB was held in person from 26th until 28th May in Limassol, Cyprus. Presidents, secretaries and lawyers of twelve Member Associations came together and discussed the ongoing issues referring to the profession. The Annual Meeting was hosted and perfectly organised by the Cypriot Member Association CCRA, in particular by the President Mr. Nicolas Philippou and by the Secretary Mr. Zacharias Manitaras.

On the first day of the meeting, the Legal Working Group (LWG) exchanged information on the recent case law according to the commercial agents law in the Member States. Furthermore, the Secretarial Working Group (SWG) Members met and gave an overview of the current developments in their national associations.

The IUCAB President, Mr. Olivier Mazoyer, opened the Delegates Meeting (DM), which took place on 27th May and welcomed the Delegates and guests. The Secretary General, Mr. Christian Rebernig, presented the main actions from the last 12 months. He held the annual report and introduced the updated B2B key figures of commercial agents in the IUCAB Member Countries. The figures underline the important role of the profession in placing the products on the market. Furthermore, he invited the Delegates to support the social media activities and thus to increase the IUCAB community.

With regard to the Vertical Block Exemption Regulation (VBER) and Vertical Guidelines (VGL) the Secretary General referred to the evaluation process, which lasted for four years and he furthermore focused on the new Regulation, which will come into force on 1st June. He stated that the Guidelines provide a safe harbour from anti-trust rules for agency agreements between commercial agents and their principals and that the Regulation will be valid until 31st May 2034. The lobbying in the last years for maintaining the Regulation was a great success for the profession and guarantees the distribution channel via commercial agents.

The Study of Commercial Agents 2021, conducted by Mr. Trond Bergestuen, Professor at the University of Wisconsin – Eau Claire, USA, has been finalised so far and the core messages, elaborated by Mr. Matthew Tickle, will be presented by IUCAB via social media and on the website soon in order to increase the visibility of the profession. The findings explore the key variables that affect the relationship between commercial agents and manufacturers. The study was designed to allow comparisons of findings from Europe (in particular Austria, France, Germany, Italy, UK & Ireland) with corresponding findings from the study in the United States.

The topic of goods import from outside the European Union was dealt during the DM. Samples for promotion purposes are not mentioned in the new Regulation and thus are still excluded from import duties under certain conditions according to the EU-Regulation for duty exemption (2009), particularly as products with low value or as products used at a trade fair.

IUCAB is eager to widen its network and constantly cooperates with various partners. With GL Events Exhibition IUCAB had already the chance to provide commercial agents with free entries to SIRHA Lyon in September 2021, one of the world’s largest exhibition in the food service sector. Furthermore, IUCAB visited the globally leading exhibition dedicated to industry, Global Industrie in May 2022. Mr. Olivier Mazoyer took the chance to introduce the profession to Mr. Sebastien Gillet, Director of Global Industrie. IUCAB and GL Events will strengthen further their collaboration.

IUCAB applied for an EU Erasmus+ project, where new competences, training programs and skills will be developed. The objective of this project is to create an online training tool for commercial agents. Its approval is expected until summer, other project partners are universities and companies from some European countries.

“ARAA – Adriatic Region Agents Association” is a project presented by Ms. Damjana Sever, the President of the Slovenian National Association, which brings players (commercial agents and manufacturers) from different Southeast-European countries under one umbrella association. IUCAB supports this initiative and will be present at this year’s Assembly and networking event in October in Ljubljana, Slovenia.

Mr. David Johnson’s term as Vice-President expired in May 2022. Mr. Charles Cohon, from the US National Association MANA was elected as Vice-President for his first three-years-term. Mr. Christian Rebernig was confirmed as Secretary General for another term of two years.

The International Agent of the Year 2022 is Mr. Noel Kelly, owner of the Creva-AgriComfort International Ltd, Ireland. He was selected by the Executive Committee during its meeting in March 2022 in Marseille. The agency has 10 employees, represents eight global principals of quality products and works in the field of premium cow and calf comfort/welfare products. The agency’s activities reach from the United States to Europe, the Middle East to Asia. The trophy was handed over to Mr. Kelly by the IUCAB President during the Gala reception.

IUCAB had the pleasure to welcome Mr. Nikos Christodoulides, the former Minister of Foreign Affairs of Cyprus, for a keynote speech about “New business relations that can be created by Diplomacy, between Cyprus, Europe and the Middle East” during the DM. IUCAB thanked Mr. Christodoulides and CCRA for this great opportunity.

Next year the Annual Meeting and a Congress, due to the 70th anniversary of IUCAB, will take place from 18th to 20th May 2023 in Berlin, Germany. 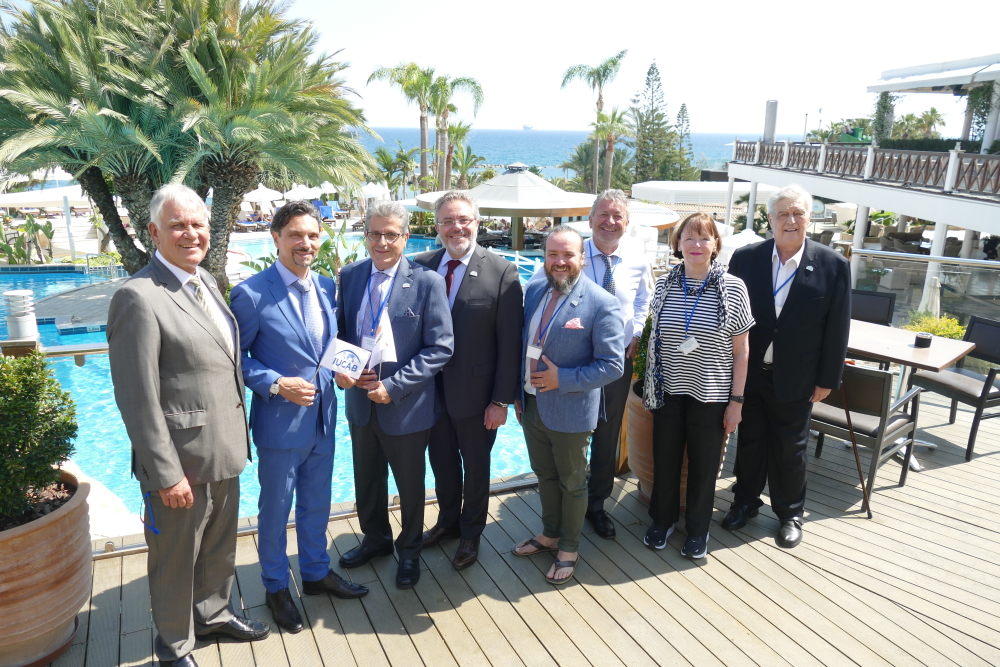 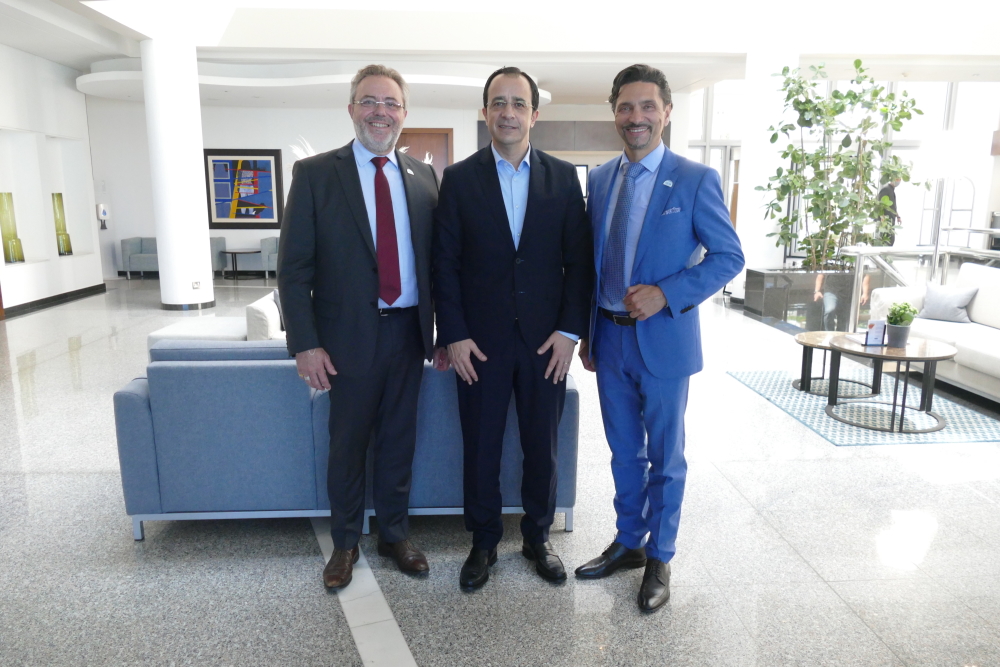 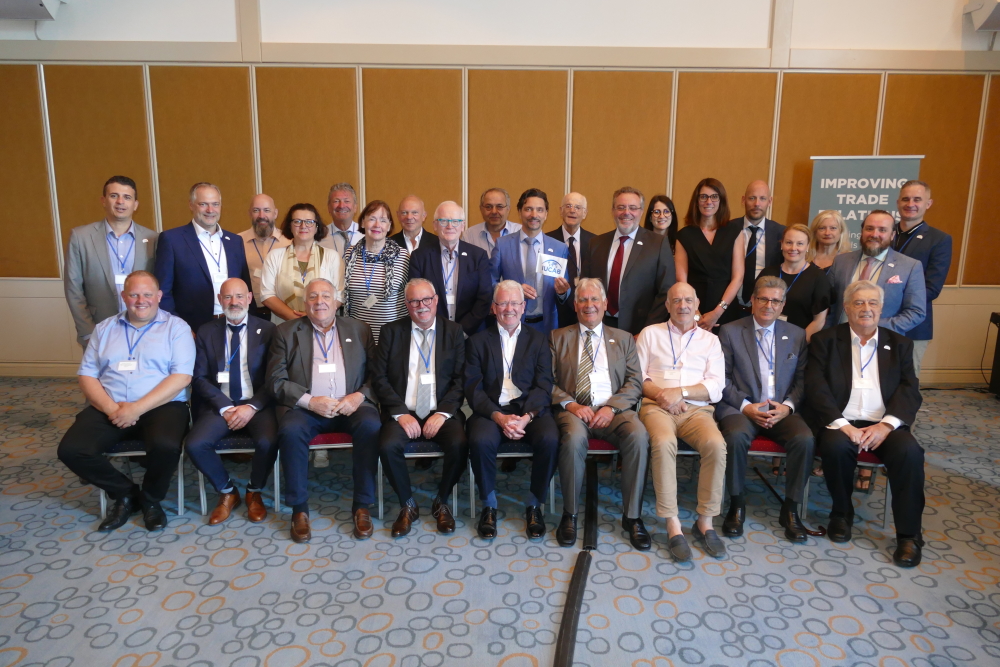 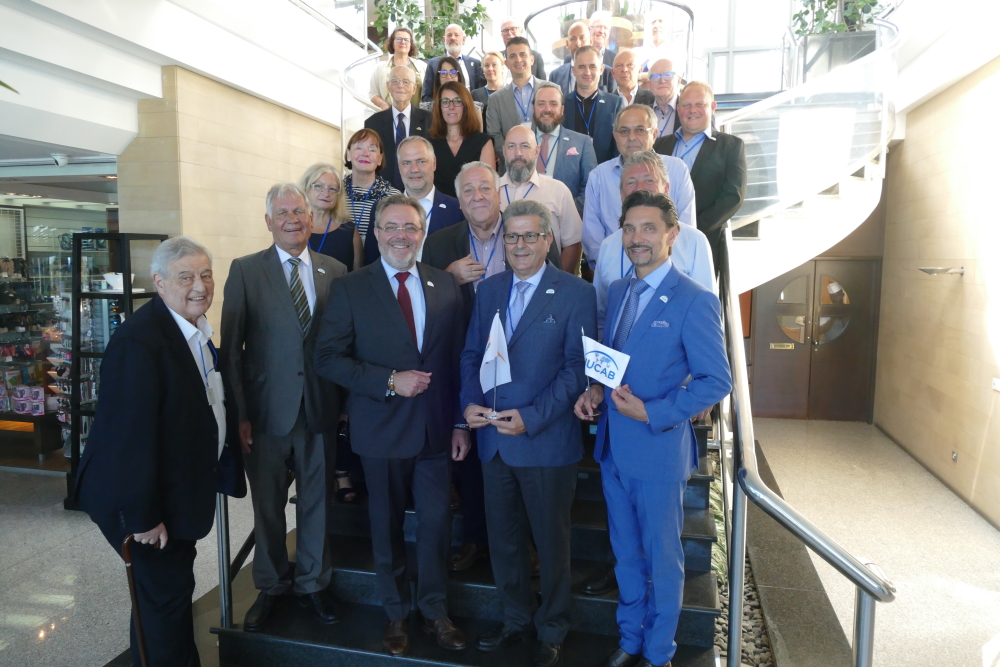