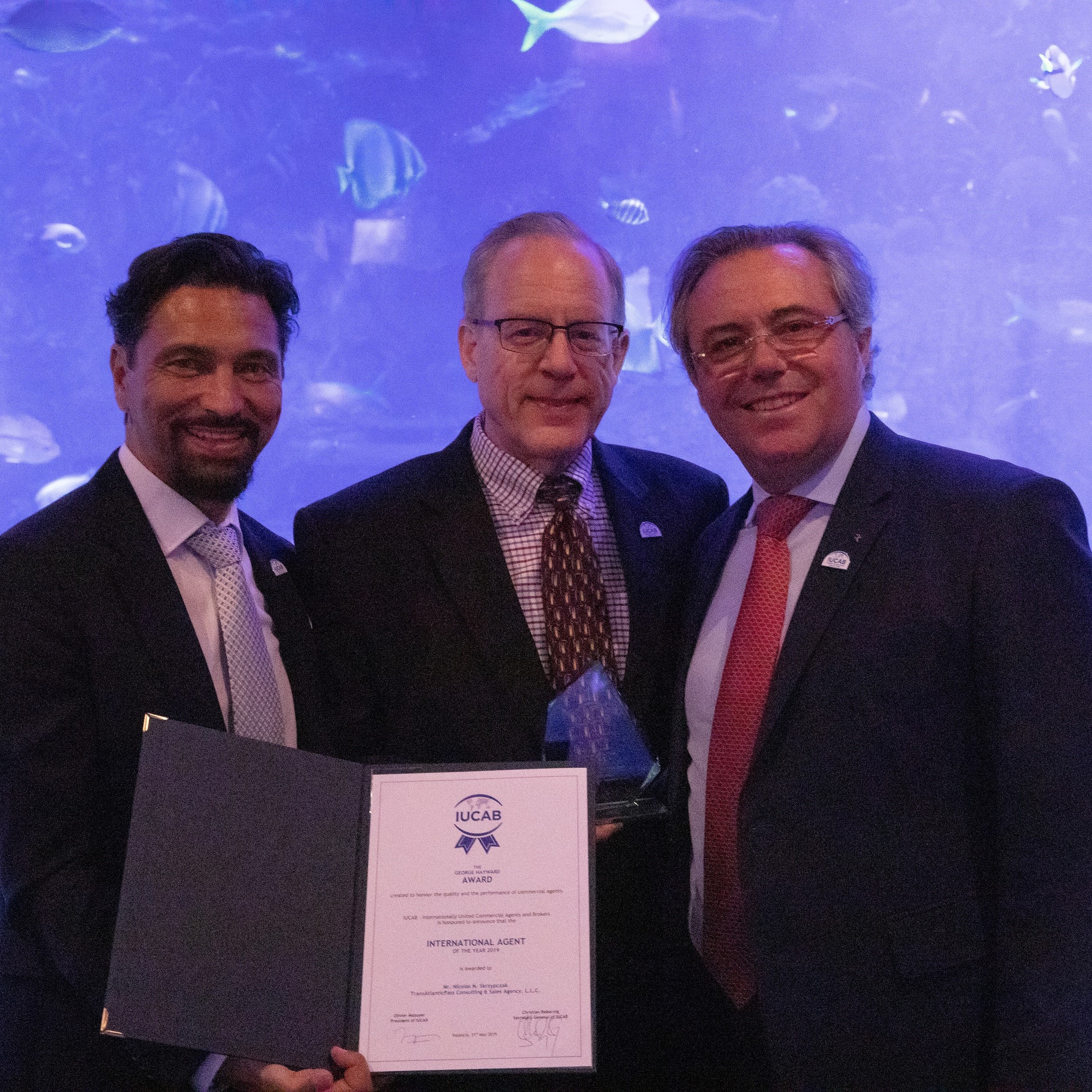 The IUCAB International Agent of the Year “George Hayward Award” was created to honor the quality and the performance of commercial agents.

In March 2019, the Executive Committee (ExCom) of IUCAB met in Paris, France. During the meeting, ExCom selected the winner of the IUCAB International Agent of the Year 2019.

Various applications have been received from the IUCAB Member Associations and votes were cast by the Members of the IUCAB ExCom at the meeting in Paris. It has been a very close race between the various nominees.

During the IUCAB Delegates Meeting, which was held on 31st May 2019 in Valencia, Spain, the 10th George Hayward Award was handed out to Mr. Nicolas M. Skrzypczak of the agency TransAtlanticPass Consulting & Sales Agency, L.L.C. (USA). He is successfully working in the automotive, commercial, recreational vehicles industries field.

Due to business obligations, Mr. Skrzypczak was not able to attend the ceremony. Therefore, it was Mr. Charles Cohon, CEO of our member association MANA, who accepted the trophy and the certificate in the winner’s name.

In his acceptance speech, Mr. Cohon spoke of how and why mangrove trees remind him of commercial agents. Among all other trees, only mangrove trees adapted to thrive in harsh environments like the salty waters of the Atlantic ocean where no other tree can survive. So, mangroves and commercial agents both adapt and thrive in environments too harsh for their competition.
Because while others look at a market and say “Nothing could grow here,” a commercial agent looks at the same market and says, “I see opportunity.”

IUCAB congratulates Mr. Skrzypczak and wishes him a prosperous future! 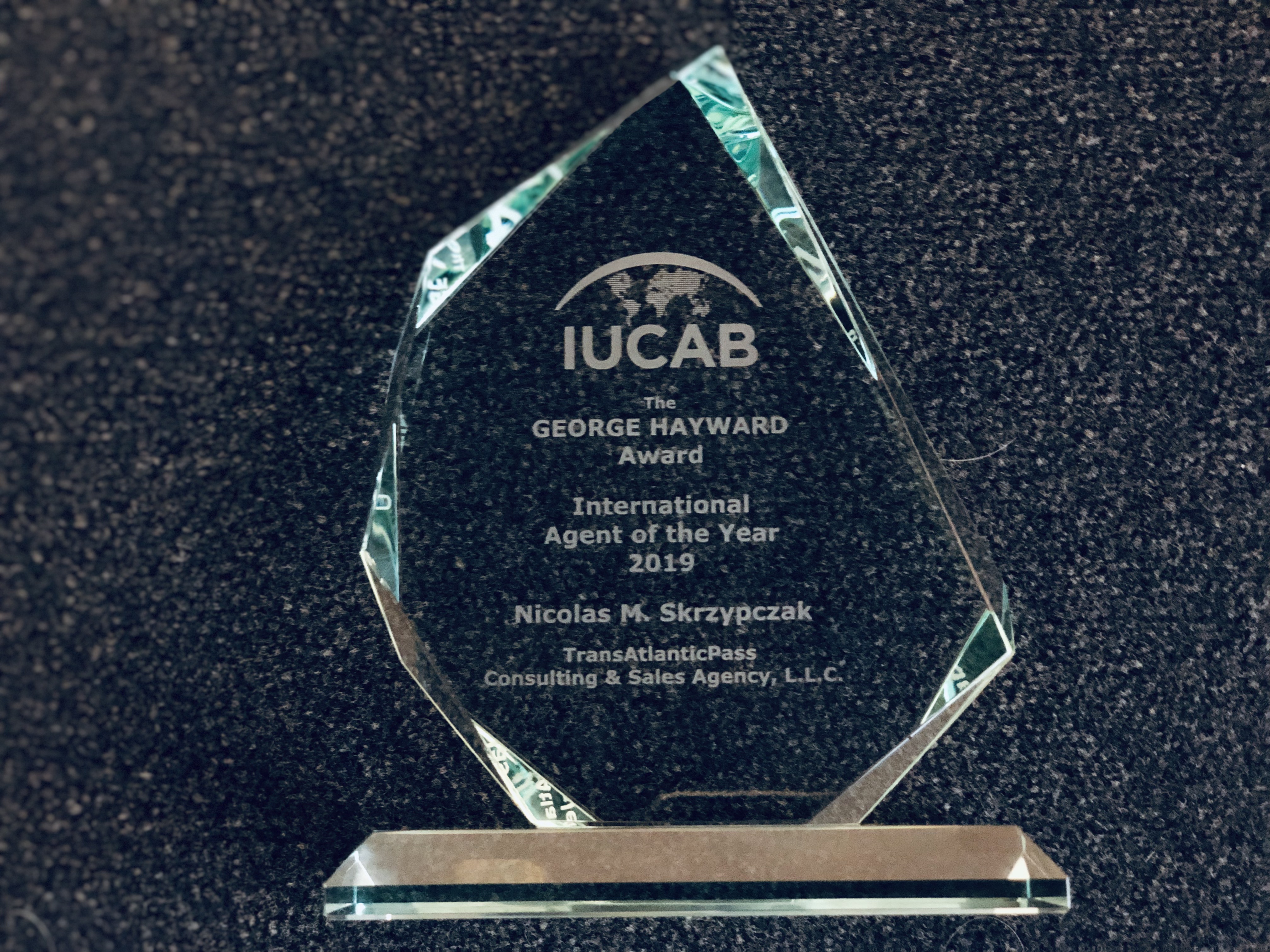